The falcon has landed

What a cool video clip!

Wanted to give a plug to Spooly who are running a Kickstarter campaign at the moment. I’ve not link to them, but the product looks great - I’m always on the lookup for innovative products that solve problems or make life easier. And this is a little gem - its a USB charge cable but incredibly small and rolls up into a perfectly neat package. What can you say other than a fantastic piece of design, doesn’t cost much and worthy of the plug.

Occupations associated with what…..

..what indeed?? Read here to find out, but, as they say, a picture tells a thousand words (data caveats excepting in the linked post).

I’ve been doing some more programming in R recently and working on a large XLSX spreadsheet (using the excellent readxl package) where I needed to cross-reference columns. Excel painfully uses letters for column titles and I needed the column number; useful to know then that you can change this option in Excel:

What a great story - a 15 year old with a passion for Mayan civilisation discovers a lost city on the Yucatan peninsula using satellite imagery, hitherto unknown to archaeologists! This has been rumbling on for a couple of years after he hypothesised that the Mayan cities were laid out, spatially, based upon star constellations. One of the maps he used had one star with no known city located on the border of Belize/Mexico, The dense forest showed no obvious signs of inhabitation so the obvious choice is radar imagery which can penetrate some depth through the tree canopy. The Canadian Space Agency provided some Radarsat-2 data and with the friendly help of an academic, was able to identify 30 buildings and calculate the height of the pyramid at 86m. Really great example of moving from hypothesis to testing, incorporating open access data and then some serious image processing. 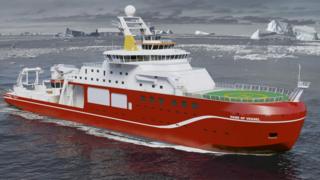 QGIS at the Financial Times

A really interesting interview with Steve Bernard, Interactive Design Editor at the Financial Times. There are some great examples of work he has produced for the FT which principally involves QGIS and Adobe Illustrator. He is hugely enthusing of QGIS, so much so that he has a YouTube Channel dedicated to demonstrating the methods/effects he uses. Check it out as at over 30 videos now its a veritable resource.

Open Source Software for the Geosciences

Great list of OSS of relevance to the geosciences over at the GRSS. Someting for everyone to pick over - I particularly both Whitebox GAT and the R package for atmospheric correction of satellite imagery. Excellent stuff.

As they note… “Programmes are assessed in line with QAA subject benchmark statement for Geography, which defines what can be expected of a graduate in terms of the knowledge, understanding, skills and approaches they have gained.”

There is increasing accreditation across a range of programmes. This naturally began where there was an element of professional practice. Law, accounting, geology, surveying, pharmacy to name a few. As subjects and their representative bodies try to take stock of their relevance in an increasingly “busy” degree marketplace, accreditation can be seen as both a big draw and, dare I say it, a small money spinner! The Higher Education Academy, now weaned off soft government money in these austere times, has had to make itself both relevant and self-sustaining. It’s relevance comes from professional standards in teaching (the UK Professional Standards Framework) and so accreditation fees, both initial and ongoing, can account for income.

The application, unsurprisingly, requires programme specification, module outlines, programme guide, external examiner reports and programme reviews. All fairly normal stuff for programme operation. In addition there is a 2000-4000 words reflection on programme content/aims and (crucially) professional practice. Awareness of the QAA benchmark statement (which of course the RGS helped draft) is needed and a good rationale for how the program meets this. It would be nice though to get away from the “2000-4000 report” - surely in these times of teaching awareness (and the number of staff that are HEA Fellows) there must be another approach?? How about a 5-min VOD or PODcast? Mind map? Interactive slide deck? Wiki? Come on people, let’s get a little creative!

Once complete, this then goes forward to the accreditation panel comprised of other academics, an industry Chartered Geographer and “anyone else” deemed appropriate. It’ll be interesting to see what the take-up is like. I imagine there will be early-adopters, but the lack of student awareness and the fact that they don’t actually need an accredited programme for further employment might stunt this, at least initially. Which probably means academic advocates within the RGS pushing their own departments. It’s a similar story with the Chartered Geographer, although there is a growing groundswell with good interest from industry.