What are the “sticky” times tables?

What’s the point of this you may ask? Well numeracy was highlighted in 2012 as a key aspect in making Britain competitive and noting that lack of numeracy is often seen as a badge of honour. Note the relatively high profile Make Britain Count campaign at The Telegraph and National Numeracy charity. And Michael Gove has introduced a new primary curriculum that has (in part) a focus on times tables (and number bonds). And whilst I don’t want to get in to a discussion about pedagogy and the rationale for memorising numbers, there is no doubt that higher maths skills build on number bond and times tables and ability in these makes achievement (and enjoyment) later on easier.

So if children are (indeed have been for quite a while now!) memorising times tables which ones are harder to remember? That’s a good question, and whilst not a maths researcher (a long way from it!), I would imagine there has been something written about the ones that are easy and hard, nice and unpleasant. 5x tables….easy. 10x….easy. 9x…..use the fingers trick. 7x….mmmmmm. 8x….tricky.

But do we really know what kids find hard and easy. And if we know that, do we know why? What are the actual cognitive processes taking place (in the brain, in memory) that cause this? Well, we need to know the first part of that before we can answer the second.

Which is something we have done!

I have been working on a project that allows kids to play random times tables in batches of 20 using an Android app. They login first so we can track who plays what and then let them loose (more in a later post on that). So for this experiment we got a total of 19 year 8 (11-12 year old) kids to play constantly for about 40 minutes, answering a total of 7,030 times table questions for all tables up to 10x10 (we’ll extend this further in the future). That’s a heck of a lot of data in a short period of time (and many thanks are due to my local school, their staff and of course the pupils. It’s inspiring to work with them)

We took all the individual results and produced the frequency of right/wrong answers for each question - I’ve graphed the percentage incorrect below (quick and dirty in Excel so the colour ramp is not very good; apologies) which shows the multiplier (first number) on the x-axis and factor (second number) on the y-axis. I’ve also plotted the 45 degree line so you can see where the multiplier and factor flip (and you might expect the error rate to remain the same; it doesn’t and that’s a project in itself).

This will vary with ability, year group and gender. We’ll also look to add in up to 12x12. Check back for more because this has profound implications for what we teach children and therefore how we teach it.

It’s been quite awhile since I posted on my Nexus 7 - I can only say that it works, very well, and is exceptionally good to stuff in a bag and let you to web and email stuff on the move largely without the restriction of a small screen. It is also becoming an invaluable assistant in mobile camera image processing from my DSLR, but more about that in another post.

The Nexus 7 shipped with Android 4.11 and has had two incremental upgrades since then to 4.12 and 4.2. Since rooting my Nexus and changing the UI to tablet layout it has steadfastly refused to upgrade

With the launch of Landsat 8 just 23 days away expect to see plenty of Landsat glorification going on. Jonathan Amos has a nice summary piece, with plenty of imagery (see great example below), outlining the mission from the beginning and its future. Well worth a read. 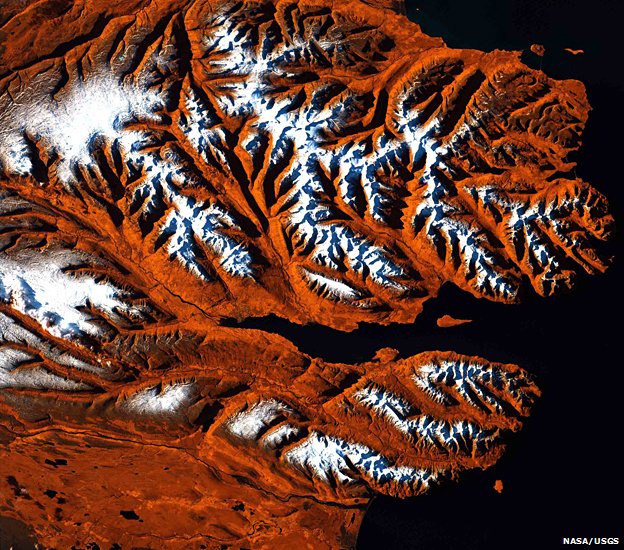 Great set of images at the BBC……. the winner is perhaps not a surprise (it is good), but look at the full set of 20. Space Shuttle is my pick.